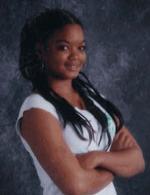 Shameka Nelson, 17, began mushing when she was seven years old, introduced to it b her grandmother, Joanne. She ran the Jr. Iditarod in 2008 and 2009. This year in addition to the Jr. Iditarod, she plans to run the Tustumena 100 and the Willow 100. A junior at Homer High School, Shameka participates in the school choir. She says she enjoys hanging out with friends, driving, snow machining and snowboarding. She is writing a biography that she hopes to have published by “O” magazine. She’s on page 300. Shameka plans to “attend college in a warm climate” and pursue a medical career.