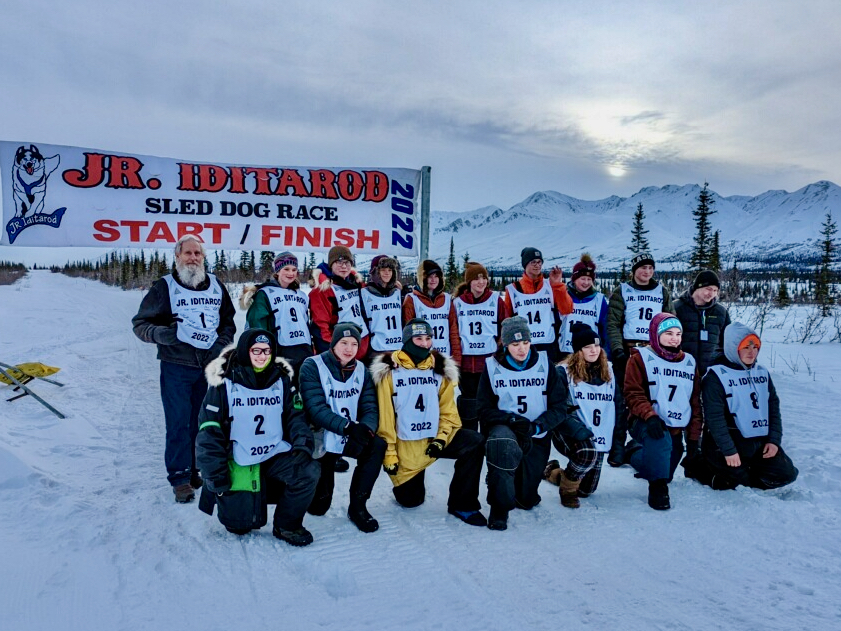 Ladies and Gentlemen, Boys and Girls!  We have a race, a tight race – neck and neck – side by side – nose to nose – nip and tuck.  Whatever you call it, clearly after Stage I this can be anybody’s race!

The weather on the Denali Highway looks rather exceptional for the race today.  As the mushers took off at 8:00 this morning, the temperatures were in the teens and expected to rise into the upper 20’s for the afternoon with clouds that may break to reveal the sun now and then.  Winds will be variable at 10 MPH.  There is a 30% chance of snow heading into the evening hours.  By that time the teams will be finished and enjoying the camaraderie fo the finishers banquet.

Deciphering the spread sheet that Jr. Iditarod posted on their Facebook page brings the competitive nature of the  2022 Jr. Iditarod into focus.  The start order for today’s Stage II is determined by the elapsed time of yesterday.  The fastest musher will go out first followed by the second fastest, etc. 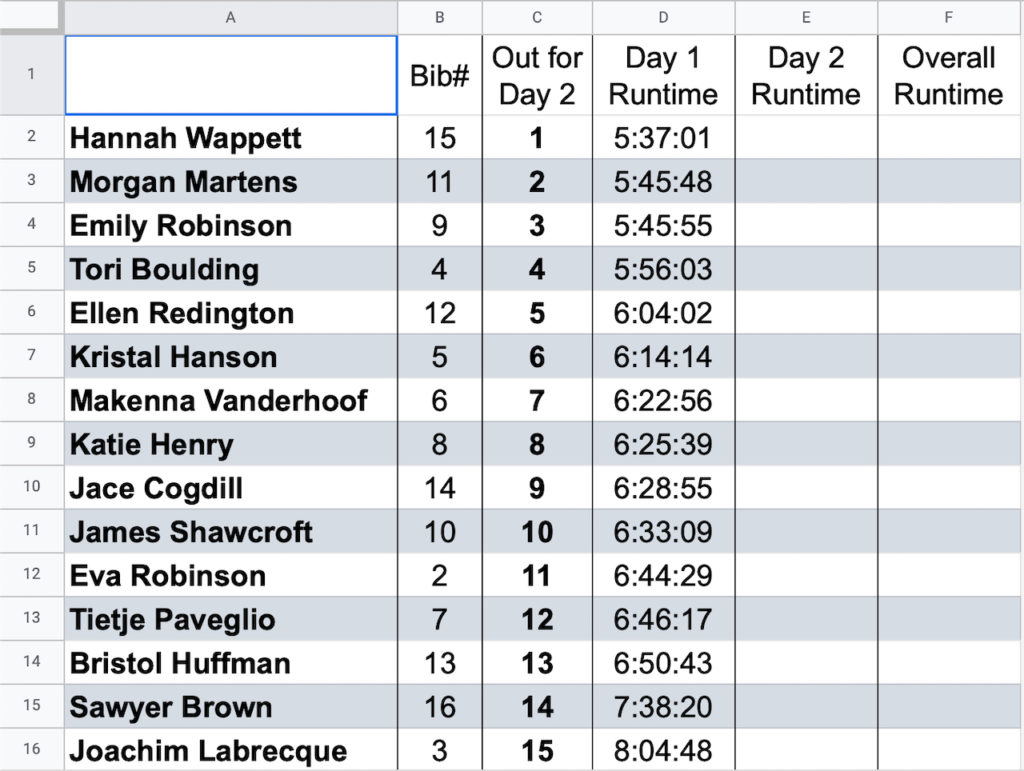 Veteran Hannah Wappett will be followed by veteran and defending champion Morgan Martens.  They will be followed by a pair of rookies who played together as little girls – Emily Robinson and Tori Boulding (current Willow JR 100 champ).  Veterans Ellen Redington and Kristal Hanson (2021 Willow JR 100 champ)  will be the 5th and 6th teams to leave the start.  Rookies Makenna Vanderhoof and Katie Henry will go out in the 7th and 8th positions.  Veterans Jace Cogdill and James Shawcroft will leave 9th and 10th.  The final handful of mushers, all rookies, includes  Tietje Paveglio, Bristol Hoffman, Eva Robinson, Sawyer Brown and Joachim Labrecque.

The first ten teams are within an hour of each other.  Hannah Wappett made the 64 mile round trip yesterday in 5:37:01.  Morgan Martens came in at 5:45:48 followed by Emily Robinson at 5:45:55 and Tori Boulding in 5:56:03.  Honestly, with as close as this is, some of the finishes could be of the photo variety.  Remember, it’s the nose of the lead dog breaking the plane of the finish line the determines the time.  Take a look at the above photo that contains the Day 2 start order and Day 1 run times.  These fifteen teams from leader to red lantern are only two and a half hours apart.  There are a couple of log jams within the field.  Times are added together for both stages to determine the winner, it’s not the first team to cross the finish line. 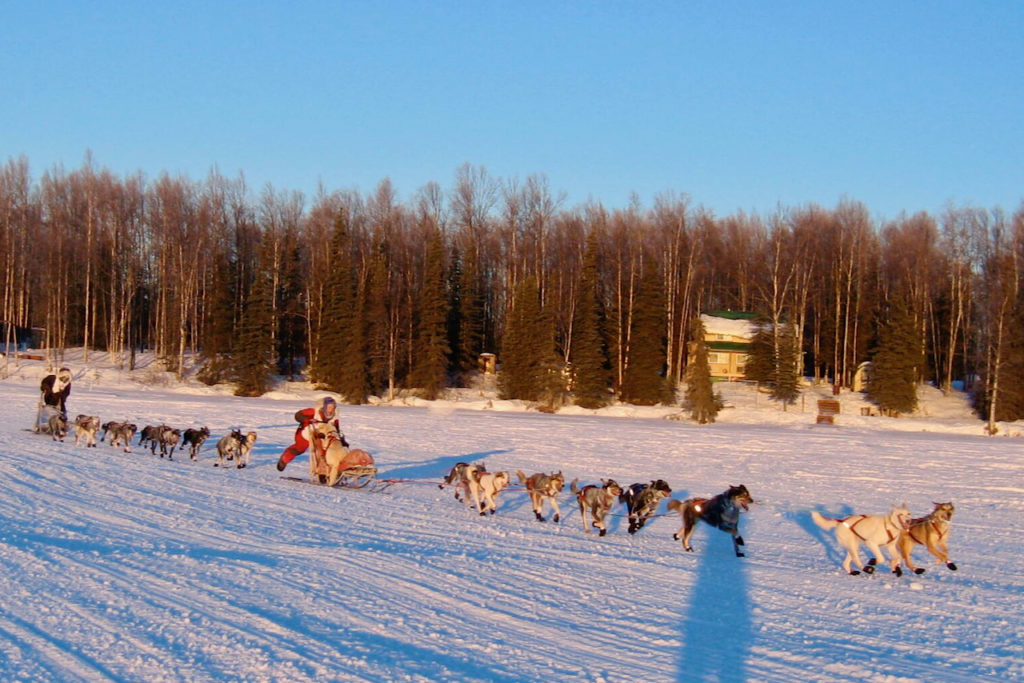 Looking back to 2008, there was a photo finish between Jessica Klejka of Bethel and Cain Carter of Fairbanks.  Jessica made Willow Lake first with Cain’s leader breathing on her heals.  As they crossed the lake, Cain’s team gained with his leader being even with Jessica’s wheel dogs.  Jessica urged her team on – hike, Hike, HIKE!  Cain Urged his team on – on by, On By, ON BY!  It was as if Jessica’s dogs realized how close the race was with only a quarter mile to the finish line.  Dogs are as competitive as the young mushers.  Her team dug deep to find one speedier gear and charge forward to maintain the lead and win by only two seconds!

If you aren’t sitting on the edge of the Denali Highway, your best seat for observing Stage II of the Jr. Iditarod will be in front of the free Jr. Iditarod GPS tracker.  You’ll be able to see who’s where on the trail, how fast they are moving and what their average speed is.  Keep in mind that this is a Stage race and the winner is determined by adding the times for each stage.  The winner will not be determined until the math is completed!