Eye on the Jr: Ten Teens Take the Trail 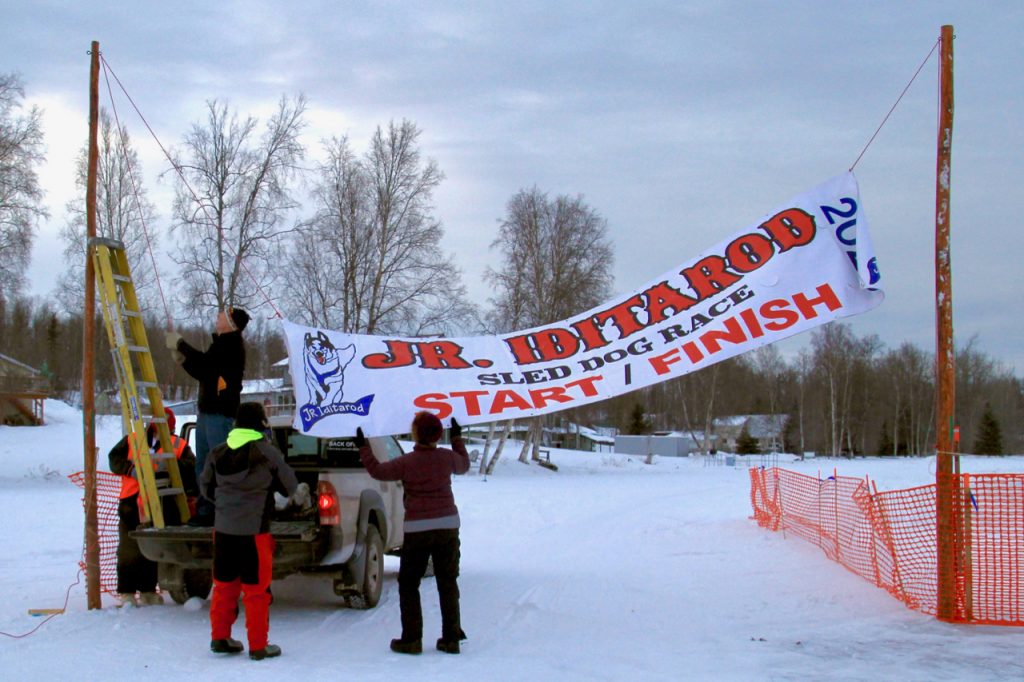 It was a busy morning on Knik Lake!  Ten teens, each with ten dogs arrived well before the 10:00 am start time.  The dog trucks and trailers parked in a semi-circle around the start banner.  The dogs were brought out for water and a pre-race meal then the mushers go to work packing their sleds and putting everything in place for the 144-mile race.  When the musher receives the countdown, the team will depart right from the parked dog truck.

Vet check took place yesterday at Iditarod Head Quarters in Wasilla.  Mushers could also have their dogs certified by their own veterinarian.  The trail crew led by Richard Plack spent the day marking the trail.  What is usually a face-to-face meeting with the mushers and race organizers was done by ZOOM on Friday evening.  Starting positions were drawn.  Musher bibs, dog tags and SPOT trackers will be distributed to the teens as they arrive at Knik Lake this morning.

The Jr. Iditarod Board of Directors has named Gary and Carolee Johannes as Honorary Mushers for the 44th running of the Jr. Iditarod.  Gary helps Richard Plack mark trail.  The couple became involved with Jr. Iditarod 13 years ago when snowmachiners were needed to patrol the trail for moose.  Carolee and Gary sit at remote check locations and call in times to Jr. Iditarod race central as the Jr. mushers pass.  Carolee has experience in handling sled dogs so very much enjoys supporting the young mushers as they participate in the sport.  Gary likes the opportunity to encourage the mushers as they pass by the check locations along the trail.  They both love being on snow machines and Jr. Iditarod is a great opportunity for that. 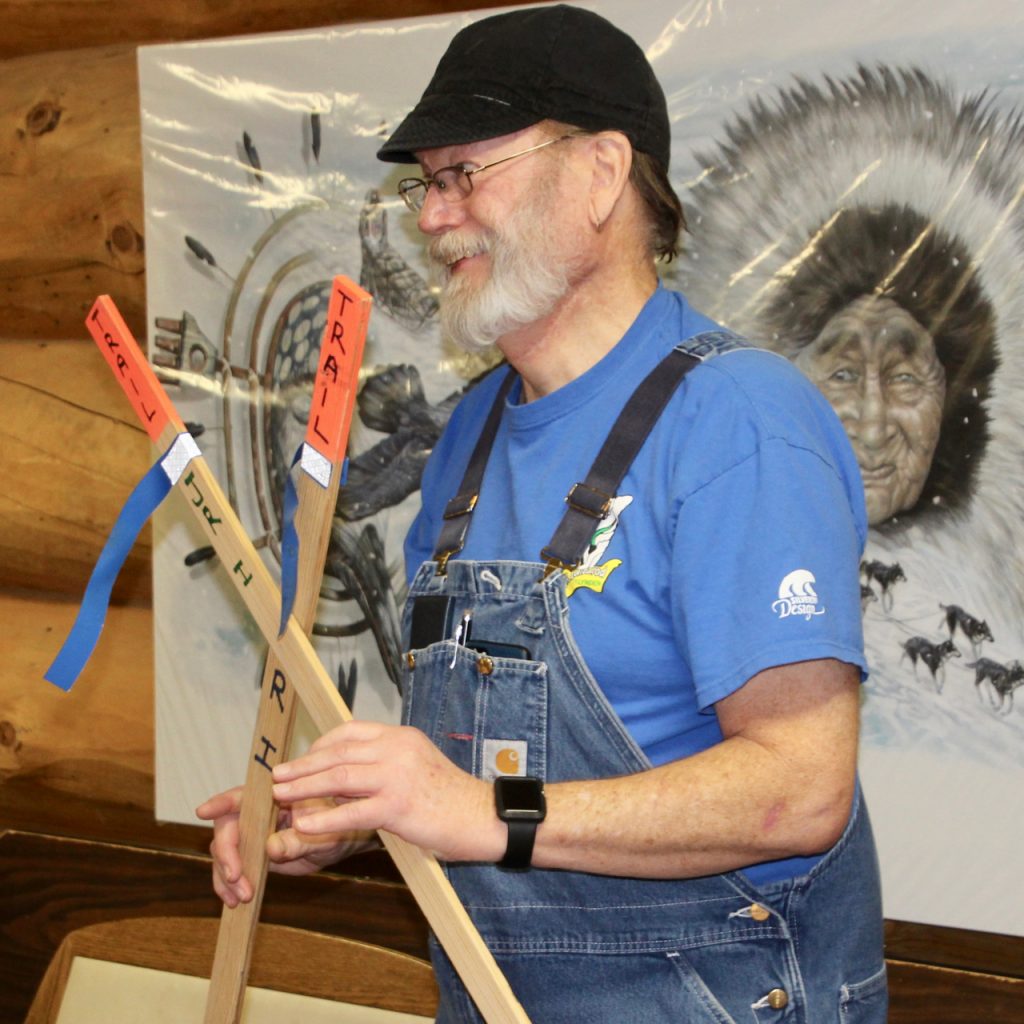 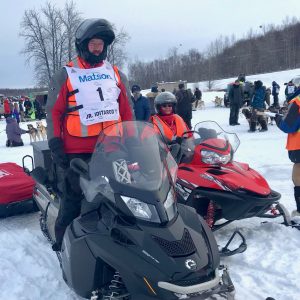 Driving snow machines and wearing Bib #1 Honorary mushers, Gary and Carolee Johannes led the Jr. Iditarod mushers down the trail.  Usually the honored mushers stand at the start banner but Gary and Carolee actually did go out first.  Photos of Gary and Carolee Johannes are courtesy of Richard Plack.  It was a cloudy day, light winds and the temperature was 27 degrees.  The forecast calls for mixed precipitation.  Out toward Yentna Station the mushers will find cooler temps, windier conditions with snow likely for their required 10-hour layover. 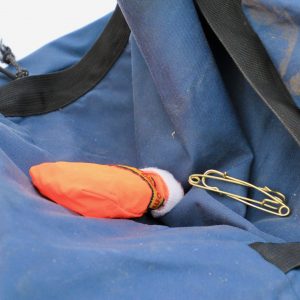 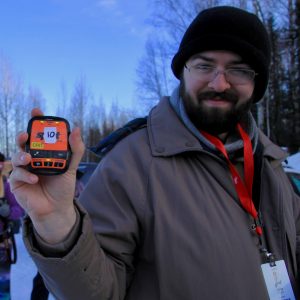 Leading all mushers, rookie Ava Moore Smyth wearing bib #2, departed the start at 10:02.  Teams followed in 2-minute intervals.  The final musher, rookie Jace Cogdill wearing bib #11 departed at 10:20.  It’s hard to say who was more excited, the young mushers, the parents or the canine athletes.  The excited barks, howls and yelps of the 100 dogs taking to the trail tells me it’s the dogs!  The challenge for the mushers, especially today, will be to hold the dogs back in the midst of all the excitement.  The most successful race plan is to run the same pace outbound and inbound.  Watch for how that plays out.

Follow the race at www.jriditarod.com through stories, pictures and GPS tracker.  The race is scheduled to finish at Buser’s Happy Trails Kennels on Sunday.  God speed to all the young mushers and canine athletes.