Eye on the Jr: Race History 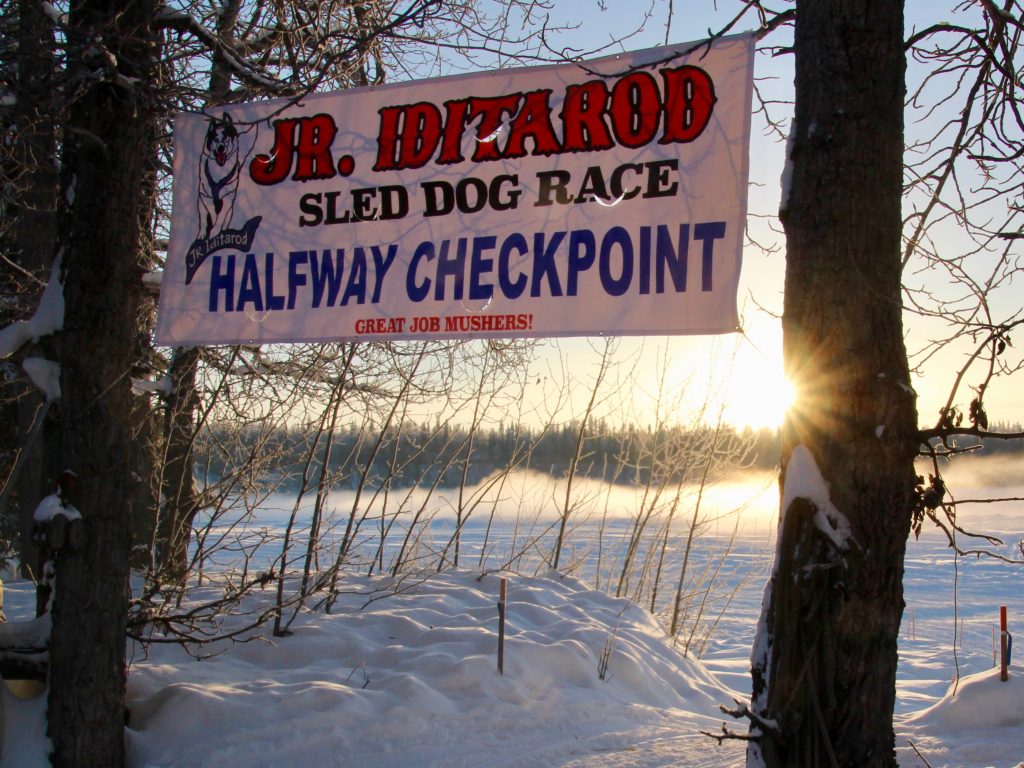 This February will mark the 44th running of the Jr. Iditarod.  The Junior, just like the Iditarod, began as a dream.  It was Joe Redington who dreamed of a long distance race across Alaska to commemorate the place of the sled dog in the history of Alaska and bring recognition to the Historic Iditarod Trail.  It was Eric Beeman who dreamed of a distance race for young mushers to help prepare them for the “Big Iditarod.”  Beeman shared his dream with his young mushing friends while on winter camping trips with their dogs.  As the young mushers sat around the campfire listening to Eric’s idea of a junior sized Iditarod, the concept grew in their minds and took on energy.

The Iditarod was only a few years old and was taking enormous time and energy to stay alive.  The folks working hard on the “big one,” had little if any time to lend to a junior race or to help the kids learn about distance racing.  When the kids themselves brought Beeman’s dream to Joe Redington, he like others was intrigued and supportive of the idea and offered encouragement.  The kids carried Joe’s words, “Go for it,” in their hearts as a blessing to continue the pursuit of their dream.  With the help of parents and other mushing enthusiasts, Eric’s dream has developed into a first class junior mushing event.  Seems to me that Joe Redington and Eric Beeman, both dreamers, must have been cut from the same cloth. 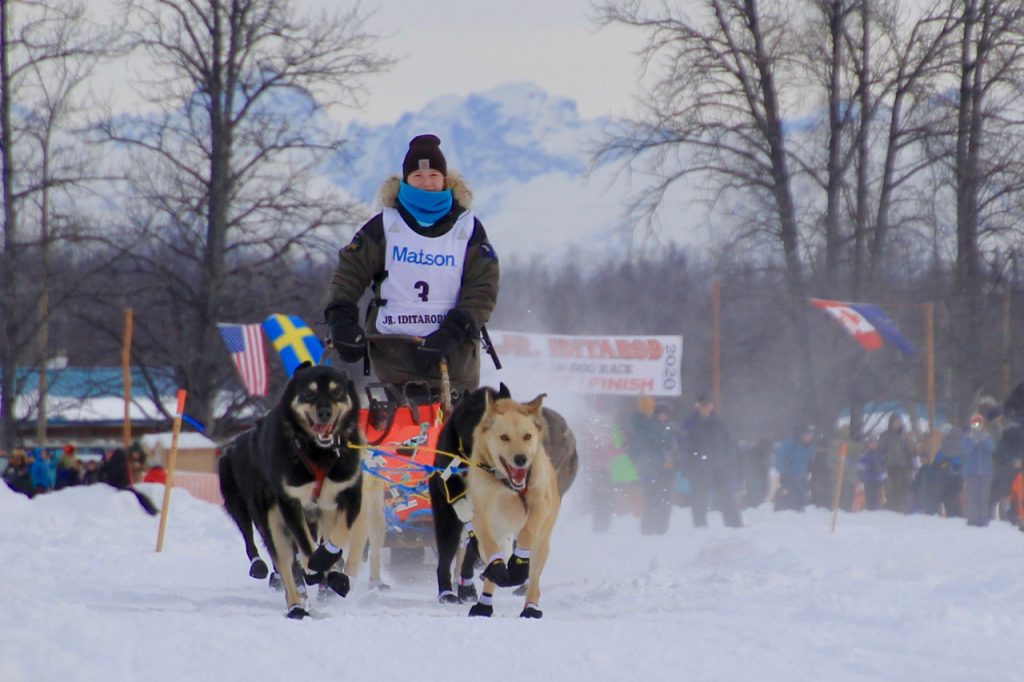 The next year the race was changed to only one division of ages 14 to 17 and ran 90 miles with a maximum of 10-dogs.  For the past 35 years, the juniors have run a distance of about 150 miles.  Generally the route now runs from Knik Lake out to Yentna Station where the teams take a required ten-hour rest plus the starting differential before heading to the finish line at Willow Lake.

In the big picture, the boys have dominated the winner’s circle of the Jr. Iditarod with thirty-five championships while the girl’s have claimed nine victories.  Comparing that to Iditarod’s list of female Champions, females (Christine Delia, Cali King, Ellie Claus, Nicole Osmar, Melissa Owens, Jessica Klejka, Merissa Osmar, Bailey Schaeffer and Anna Stephen) have won 20% of the Jr. Iditarod races while females (Libby Riddles with one win and Susan Butcher with 4 wins) have won only 10% of the “Big Ones.” 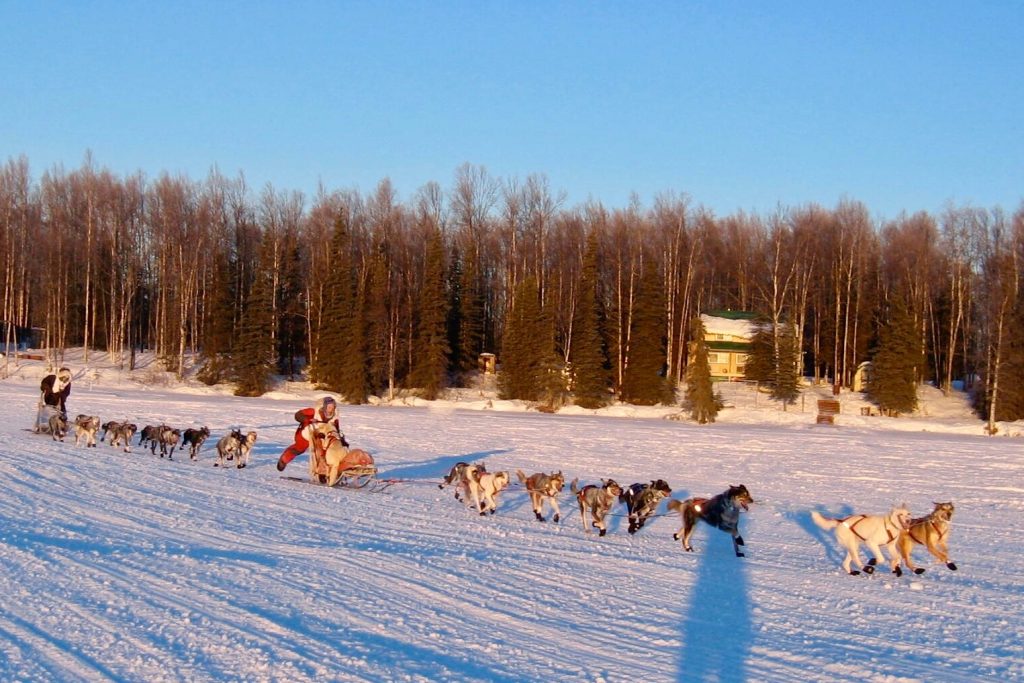 Of the forty plus Jr. Iditarod finishes, there have been a handful of close ones.  In 1993 brothers, Ramey and Cim Smyth raced to the finish line with Ramey claiming the victory by just thirty-four seconds to defend his championship of the previous year.  In 2001, thirty-four seconds was again the margin of victory as Tyrell Seavey sprinted beside his team to the finish line just ahead of Cali King.

The closest finish was in 2008.  Jessica Klejka dropped down onto Willow Lake just a yard or two ahead of Cain Carter.  With both teams on the lake and within a quarter mile of the finish banner, Cain urged his dogs to pass, “ON BY, ON BY!”  Jessica urged her team to give it their all, “HIKE! HIKE! HIKE!”  Cain and team closed the gap as they overtook Jessica’s sled and her wheel dogs.  Jessica’s dogs were not to be denied, they added a little more steam and maintained their lead of half a dog team to claim victory by just TWO seconds!  I looked into the eyes of the canine athletes as they crossed the frozen lake, they knew what was at stake and they were every bit as competitive as their young drivers.  It was a photo finish equally as exciting as the year Dick Mackey bested Rick Swenson by one second in Nome.  Yes, it is the nose of the lead dog that determines the finish. 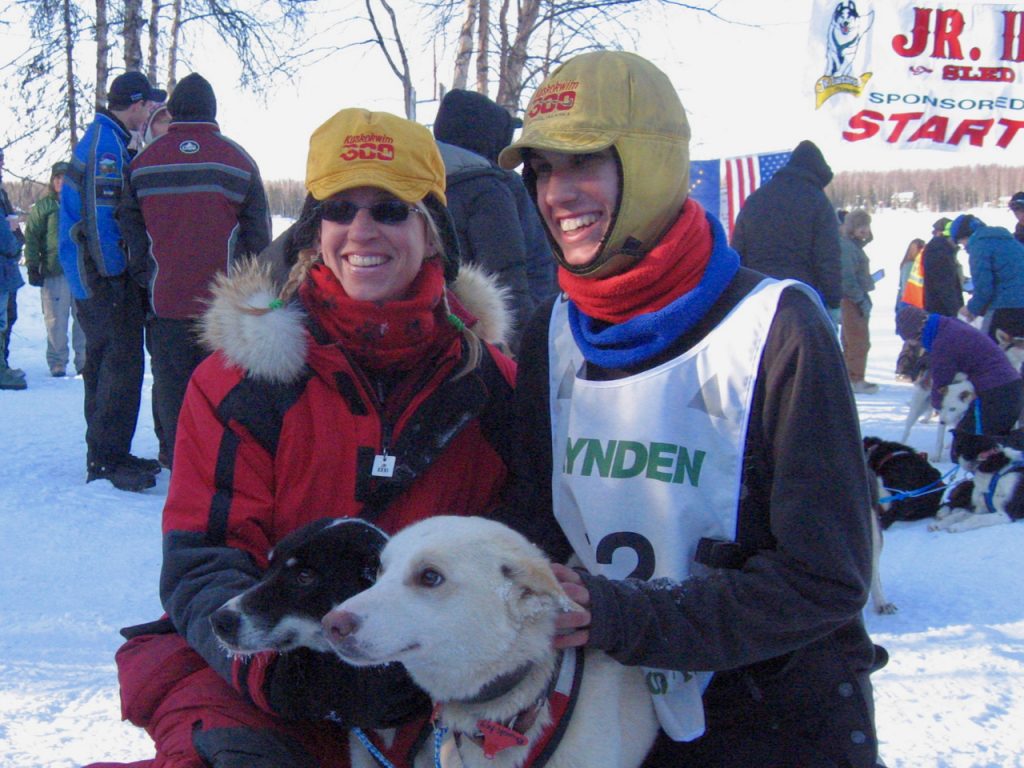 Jr.  Iditarod stories abound but one of my favorites is the finish of 2011.  When 17 year old, Jeremiah Klejka crossed the finish line; nobody was more surprised than he to realize that he’d just won the Jr. Iditarod.   As Klejka dropped down onto Willow Lake and progressed to the finish banner on the other side of the lake, he was confused about the enthusiastic praise and shouts of congratulations people showered upon him – CONGRATULATIONS – WAY TO GO – YOU ROCK – GREAT JOB!  Klejka thought the enthusiastic praise to be a bit much for a team finishing in third.  What he didn’t realize was that the two leaders out of Yentna, Conway Seavey and Merissa Osmar, took a wrong turn adding a few extra miles to their race.  Klejka ran a nice steady race thinking he was still behind them.  It wasn’t until he set his snow hook under the finish banner that he learned of their detour and his victory.

A volunteer for the Jr. Iditarod since before the very first race has this to say about the teenagers who compete in the Jr. Iditarod, “The kids have astonished me year after year by their abilities, and dedication to the race, their dogs, good judgment, maturity, resourcefulness, sportsmanship, and preparedness, to name but a few of their attributes.”

Meet the 2021 mushers at www.jriditarod.com plus learn more about Jr. iditarod history, check the race archives, enjoy photos and follow the mushers along the trail through GPS tracker.