Eye on the Jr: Gary and Carolee Johannes Honored 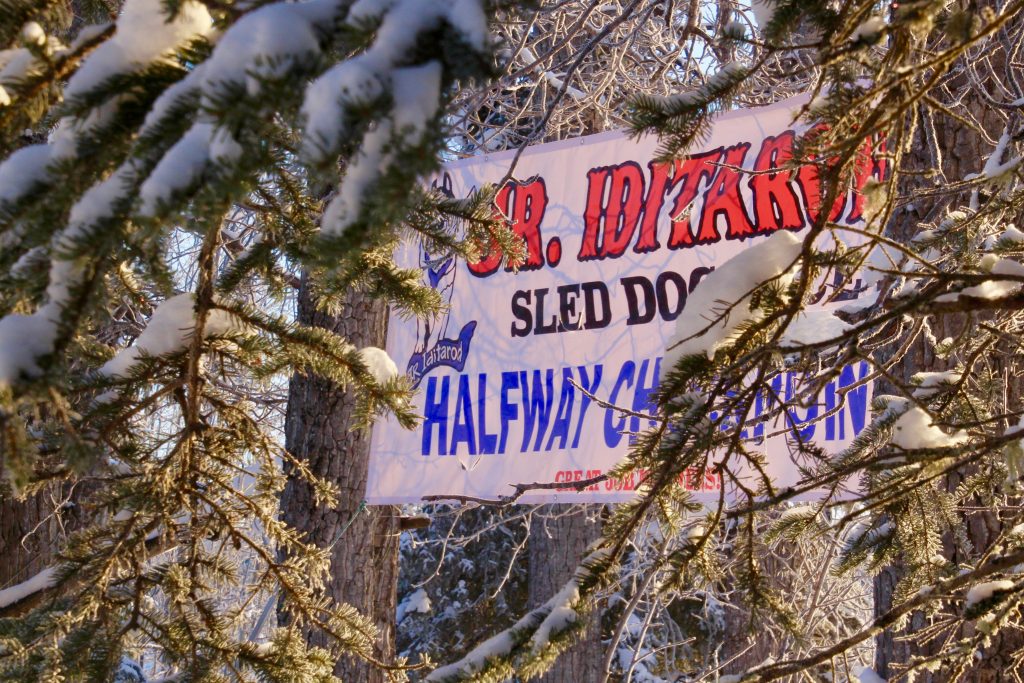 Trail boss Richard Plack says, “Both Gary and Carolee were and still are helping me with trail marking and they have set up remote checkpoints along the trail, most recently at the Nome sign and the intersection of Old Hunter Trail and Willow Swamp.  They are ready willing and able to do just about anything along the trail.”

At one time, Gary worked for Lynden Transport, a former sponsor of the Jr. Iditarod.  When they needed snow machiners to go between dog teams to keep moose off the trail, Gary volunteered.  That’s when he met Richard Plack.  Gary says they’ve become close friends.  For more than a decade they have worked together on the trail putting the trail markers out, in some instances breaking trail and then after the race, sweeping the trail and picking up the markers.

While Gary doesn’t have any background in sled dogs or dog sleds, he has a great love for motorized sleds – the snow machine.  He says, “I like to snow machine and don’t need much of an excuse to be out there.”  Carolee used to handle dogs for a musher.  From experience, she has a special place in her heart for the young mushers and the responsibility they show in caring for and driving their dog teams.

As the teams depart Knik Lake for Yentna Station, the Johannes couple sets up camp at the Nome sign, roughly 10 miles into the race.  As the teams pass, Carolee calls in their bib number and time to Jr. Iditarod race central.  On the return leg of the race, Carolee does the same at Old Hunter Trail, 18 miles from the finish.

The Jr. mushers may be somewhat surprised to see a fish house set up along the trail but Gary and Carolee know that the day will be long and they make it fun for themselves by setting up a shelter and taking picnic supplies including hot dogs to roast.  Gary especially likes the opportunity to encourage the young mushers as they pass by.

Johannes says they always enjoy being on the trail and helping the Jr. Iditarod mushers.  The big blizzard that occurred during the race of 2012 was a particularly memorable year.  Two feet of snow had fallen over night while the junior mushers were resting out at Yentna Station.  Snow machiners broke trail from Yentna toward Willow.  Gary started from Willow and worked his way toward Yentna.  He says, “Out there crossing the big swamp, it was snowing so heard I couldn’t see from marker to marker.  I stopped to rest my eyes and encouraged the drivers following me to go on by.  They declined because the only way they could find the trail was by following me.”