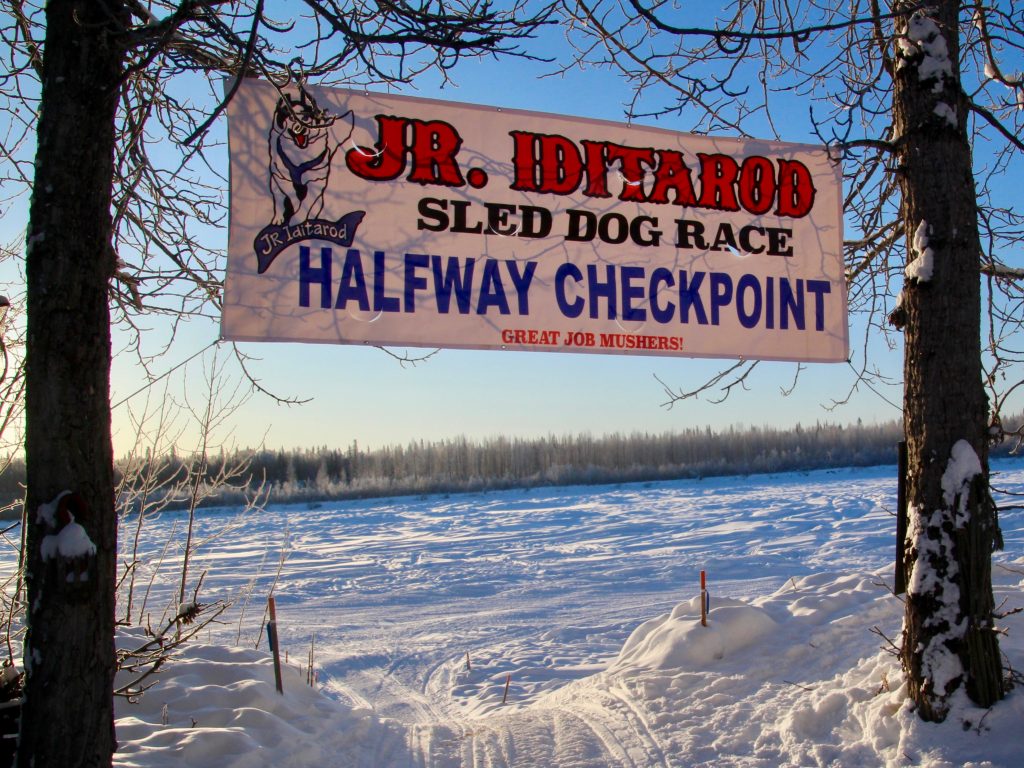 While so many things have changed over the past year, there are a few that thankfully keep us anchored in time.  The 44thJr. Iditarod is set to begin as always on the last Saturday of February. That’s the traditional day for the Jr. Iditarod, a week ahead of the Iditarod.  The start time of 10:00 is traditional, the place – Knik Lake, is traditional and the halfway checkpoint of Yentna Station is traditional.

Another tradition that’ll again be observed is the excellence demonstrated by the junior mushers.  These kids, ages 14-17, are not just good at mushing, they excel.  Some have literally had a lifetime of tutoring because they grew up in mushing families.  Others have become interested in mushing and found a mentor to hone their skills in sled driving, winter camping and dog care.  Parent support is be far the most common factor in the background of all the Jr. Iditarod mushers. 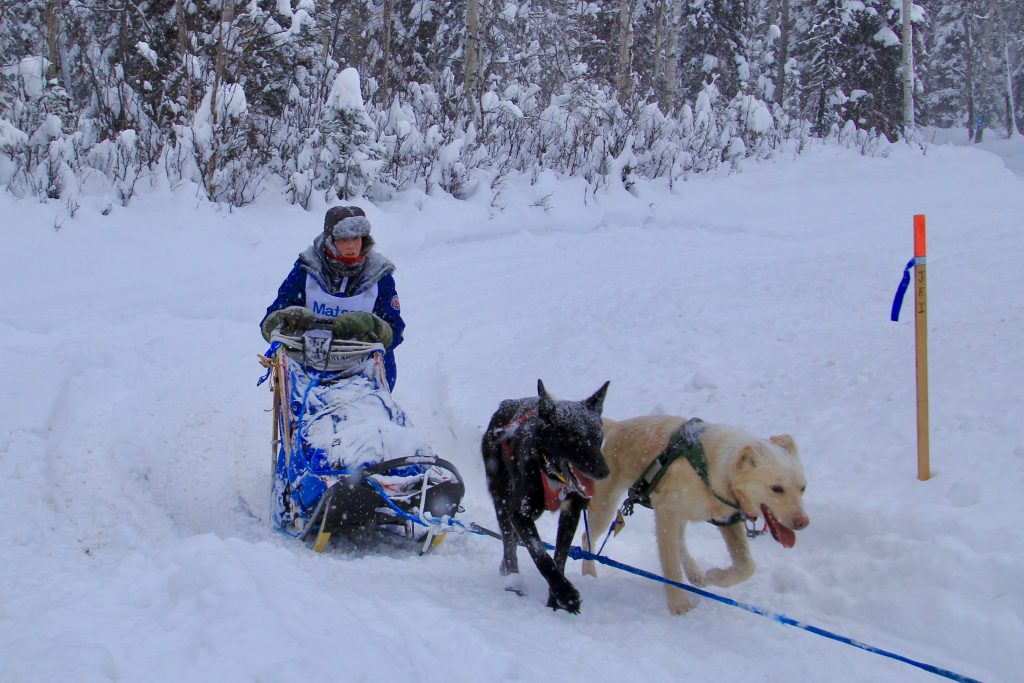 The newest musher in the group of Jr. Iditarod veterans is Kristal Hanson.  Kristal, age 16, lives in Anchorage and started mushing only two years ago.  Mushing however is a long-standing family affair.  Like Kristal, her father and two aunts have participated in the Jr, Iditarod.  Combined, the family has an impressive history of competing in twelve races!  Kristal runs dogs out of Owl Creek Kennel operated by Jason and Melissa (Owens) Stewart.  By the time Jr. Iditarod rolls around, Hanson will have two Willow Jr. 100 races under her belt.  Congrats to Kristal in claiming the 2021 Willow Jr. 100 Championship.  As a junior at West Anchorage HS, Kristal participates in Spanish immersion and the Baccalaureate Degree Program.  She likes to hunt, fish and explore Alaska.  Hanson claimed 4th place in the 2020 Jr. Iditarod. 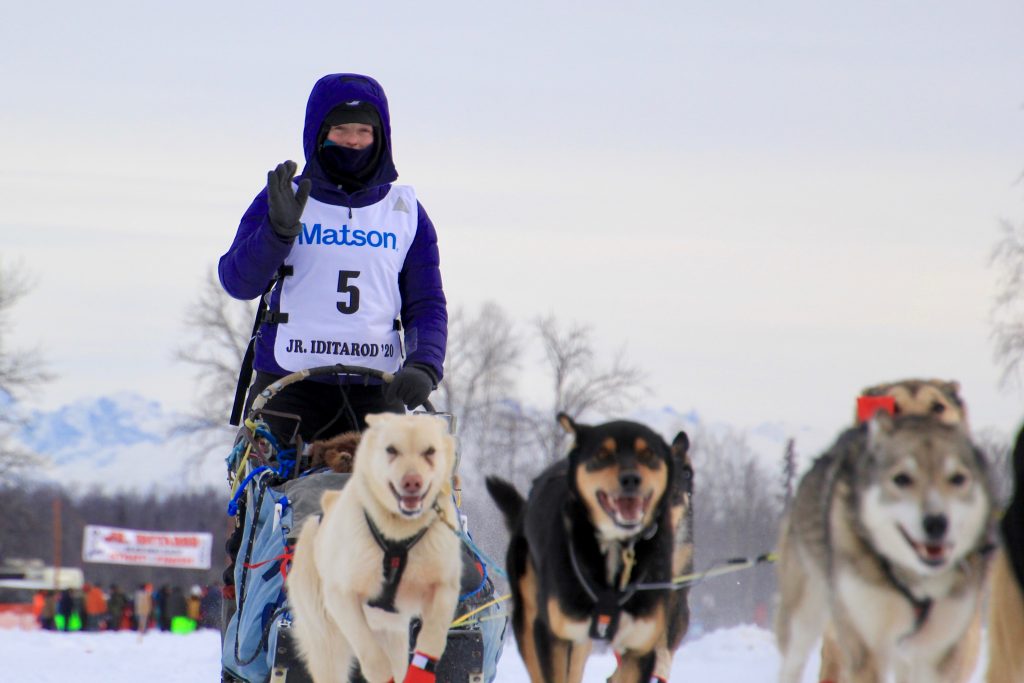 Two-year Jr. Iditarod veteran, Cassidy Meyer, calls Fairbanks home.  Meyer, age 17, attends West Valley High School.  She has finished 5th and 6th in the 2019 and 2020 Jr. Iditarod races respectively.  Cassidy was born into a mushing lifestyle.  Her family operates their own kennel and uses dogs for transportation between cabins and hunting places during the winter.  Cassidy will compete for the third time in the Willow Jr. 100 in mid February.  Meyer earned 4th place in the 2021 Willow race and received the Sportsmanship Award and was named as honorable mention for the Humanitarian/Vet’s Choice Award.  Meyer is a competitive rock climber, musher and aspiring writer.  She has yet to decide on what she’ll do after high school but she’ll definitely continue mushing. 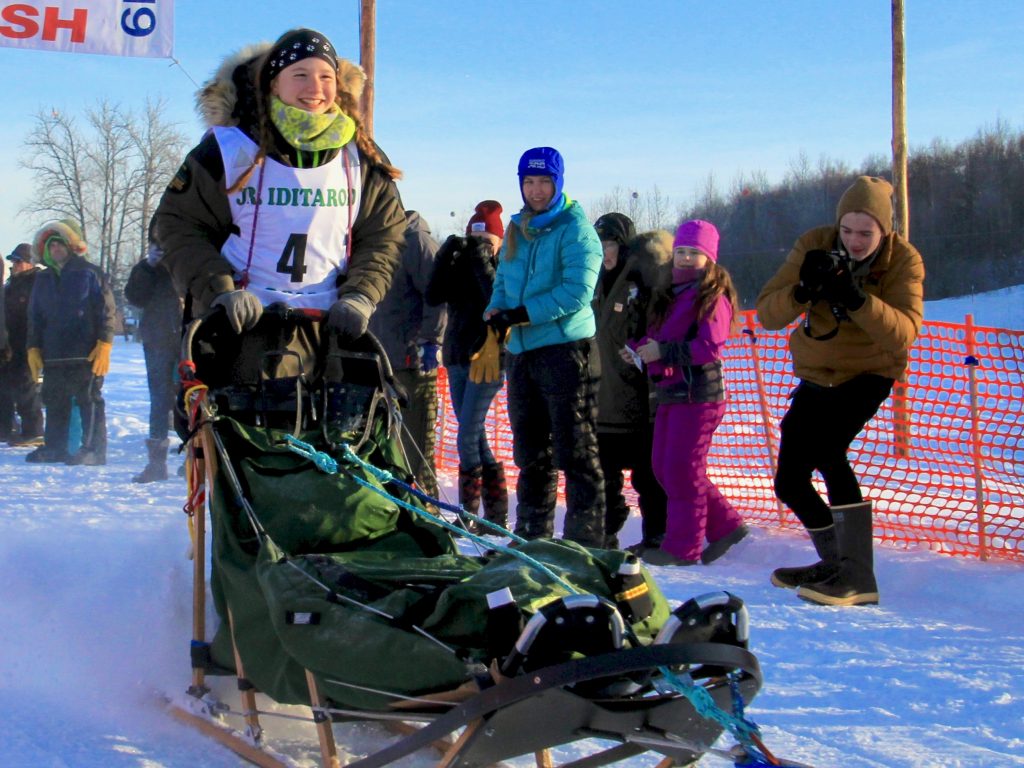 Jr. Iditarod veteran, Anna Coke is back for her third round trip to Yentna Station.  Coke, age 17, lives in Wasilla and has been mushing for four years.  Anna works with Jr. Iditarod champion and Iditarod veteran, Jessica Klejka and Tail Wind Kennels.  Anna earned Rookie of the Year honors in 2019 with 2nd place.  She finished the 2020 race in third place.  She is a two time veteran of the Willow Jr. race.  Coke says she likes being outside and the challenges that presents which makes her a perfect match for the sport of mushing.  Anna is home schooled and participates in Mat – Su Youth Orchestra.  She also enjoys skiing, running, hiking and rock climbing.  After high school she plans to enter the medical profession as a nurse practitioner.

Best wishes to each of the Jr. Iditarod veterans as they traverse the route from Knik Lake to Yentna and then back to Martin Buser’s Happy Trails Kennels at Big Lake.  Follow the race at www.jriditarod.com where updates will be posted and GPS tracker is available.  Come back soon for more Jr. Iditarod news.