Eye on the Jr. – Running to Yentna 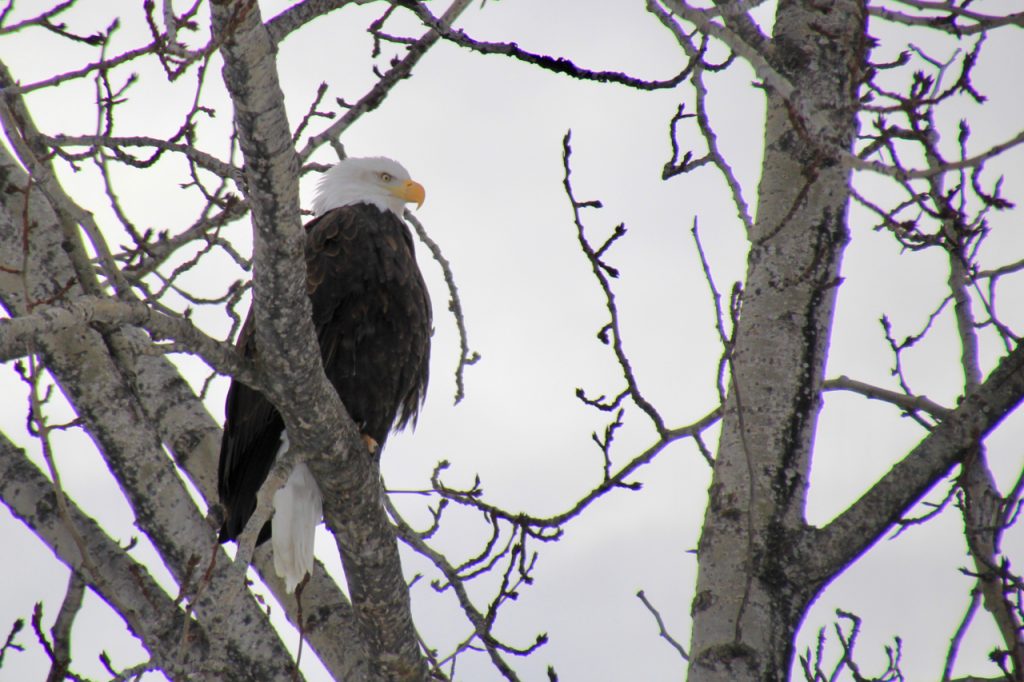 It was partly cloudy in Knik and the temperature was just above the zero mark.  Light winds brought the feels like temperature down a few degrees but by mushing standards it is a great day for a race. Mother Nature has been good to mushers and snow machiners over the recent weeks, providing adequate snowfall.  Trail officials have groomed and marked the trail and describe it as hard and fast.  The question yet to be answered, is how much snow will fall overnight and into Sunday.

Once the sled bags were packed, Jr. Iditarod officials circulated for the official mandatory gear check.  It’s a long list created for the wellbeing and safety of the mushers and dogs.  The list includes cold weather sleeping bag, ax, snowshoes, headlamp booties, lighter, dog food cooker, socks, rain gear, gloves and HEET.  Last evening at the musher meeting, Jim Uhl, a retired “shop” teacher, provided the rookies with a fix-it kit with items needed for repairing broken sleds.  That’s an abbreviated list but you get the gist of how prepared these kids are. 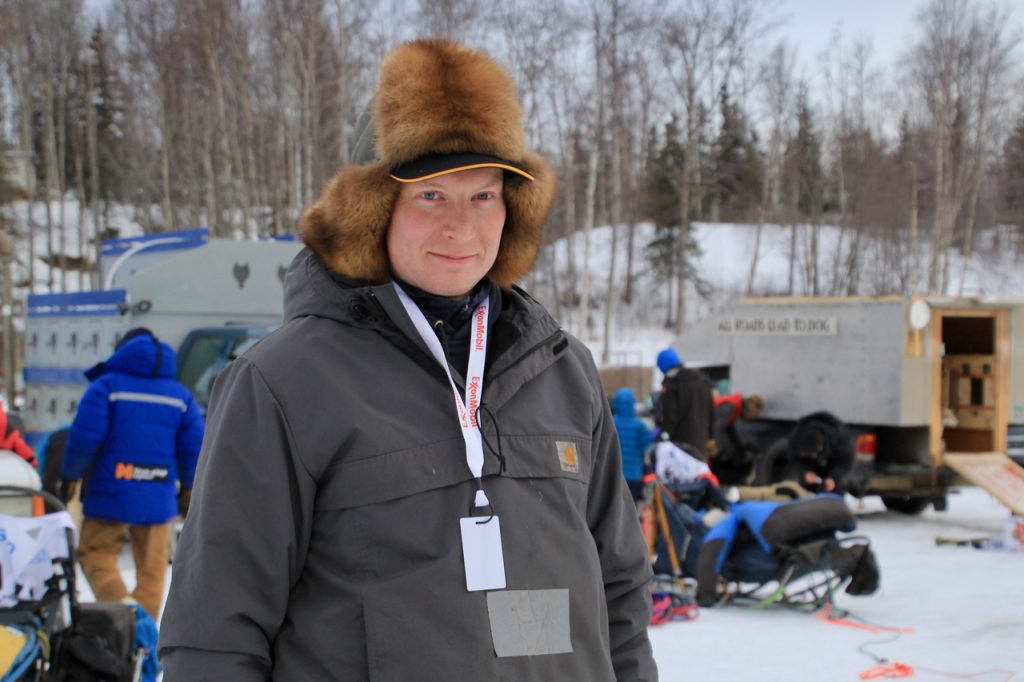 The start went flawlessly.  Teams departed in two-minute intervals.  As soon as bib number 2 departed, team 3 came to the banner.  Handlers held the excited sled dogs for the count down and at ZERO, they charged down the trail.  With nine teams, the start took exactly 18 minutes.  Trailbreakers went out in front of the lead musher and trail sweeps followed. 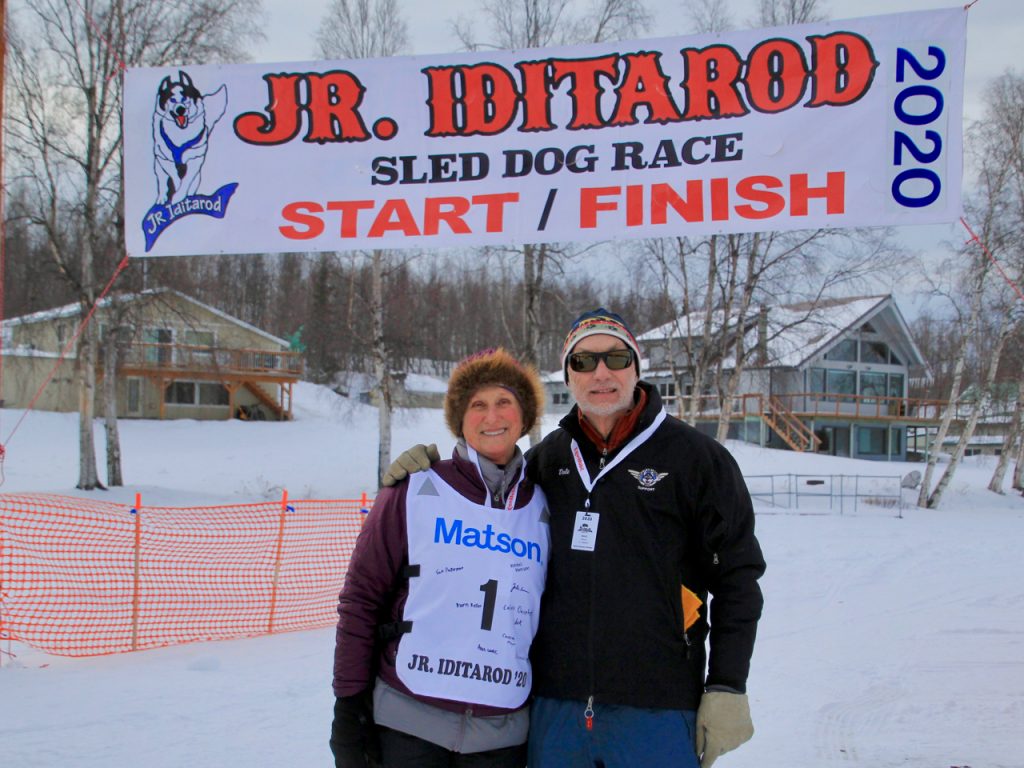 Honorary mushers, Dale and Linda Peterson, wore bib number 1 as they attended to multiple tasks at the start this morning.  Photographer, Jeff Schultz, was doing what Jeff does best – candid photos of mushers and dogs.  Many of the volunteers are veterans and just know what needs doing.  Right from plowing parking space on the lake to setting up the banner, volunteers are there to lend a hand. 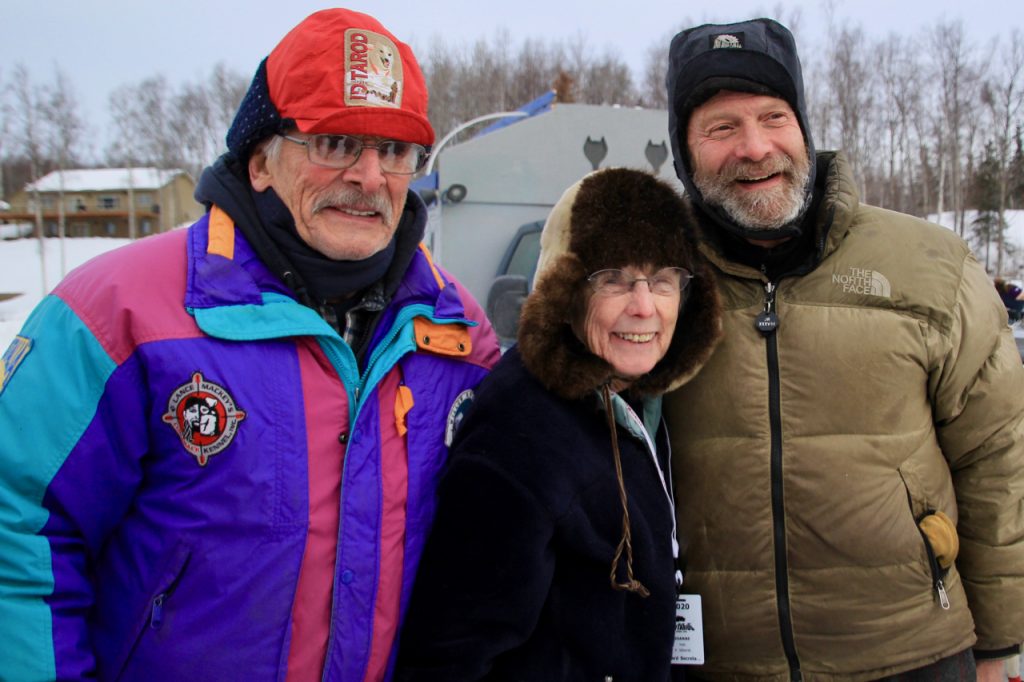 As the teams covered the 70 miles to Yentna Station Checkpoint, partly cloudy turned to cloudy and the temperature rose into the teens above zero.  Julia Cross, Wearing bib #2 was the first team into Yentna at 17:21.  She’s required to stay in the checkpoint 10hour, 16 minutes and will be eligible to depart at 03:37.

Nicholas Sousa arrived in Yentna at 17:44.  He’s required to stay until 03:52 before departing.  Anna Coke led Ida Kohnert into the checkpoint and they will depart from Yentna at 04:19 and 04:17 respectively after serving the required layover and differential.

The trio of Calvin Daugherty, Kristal Hanson and Cassidy Meyer are eligible to depart from Yentna at 04:43, 04:48 and 04:56 respectively.  Bjorn Keller will follow. 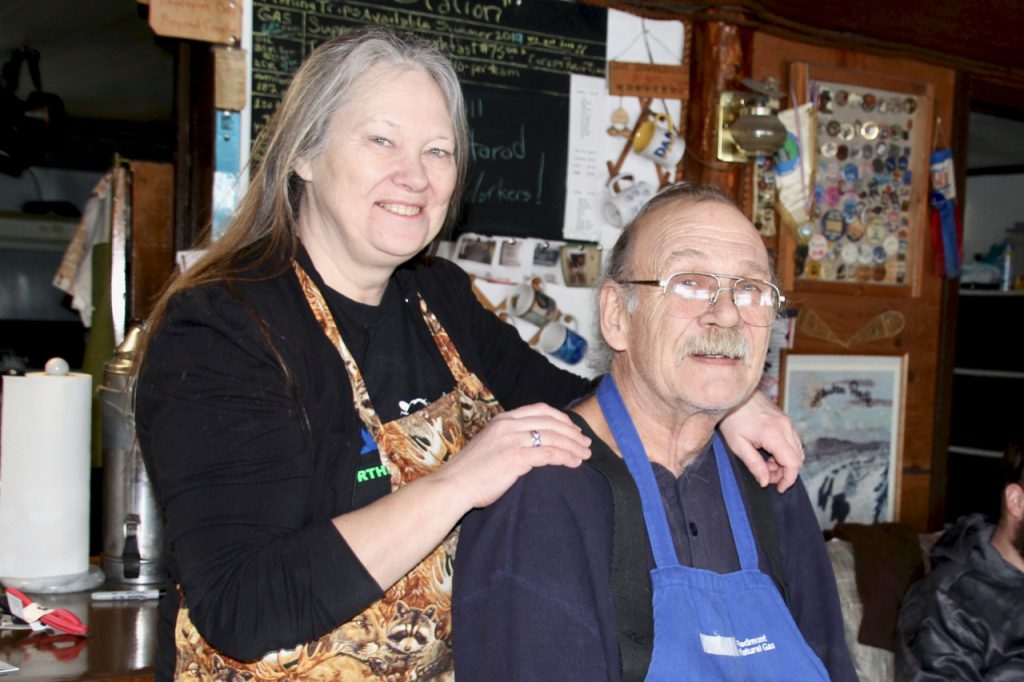 Dan and Jean Gabryszak are the ultimate hosts for not only the Jr. Iditarod checkpoint but also the first checkpoint of Iditarod.  They came to the Big Bend of the Yentna River in the early 80’s to build the roadhouse on land Dan had his eye on near his hunting grounds.  They are legendary for their hospitality and how they serve people of the area and recreationists in all season of the year.  Saying thank you to Dan and Jean along with their adult children who help out during Iditarod is just plane insufficient but it a good place to start, so THANK YOU Dan and Jean.

After arriving at Yentna Station Roadhouse, teams will camp in the woods along the bank of the Yentna River.  Once the dogs are cared for and fed, the mushers will spend time with both old and new friend around the campfire.  It’s a race tradition that the first mushers to make the half-way checkpoint tend to their dogs then build the campfire for all to enjoy through out the night.

Snowfall overnight will definitely impact the homestretch run from Yentna Station to Willow.  My best guess would put the champion in early in the afternoon.  Stay abreast of the action at www.jriditarod.com with GPS tracker and Race Standings.