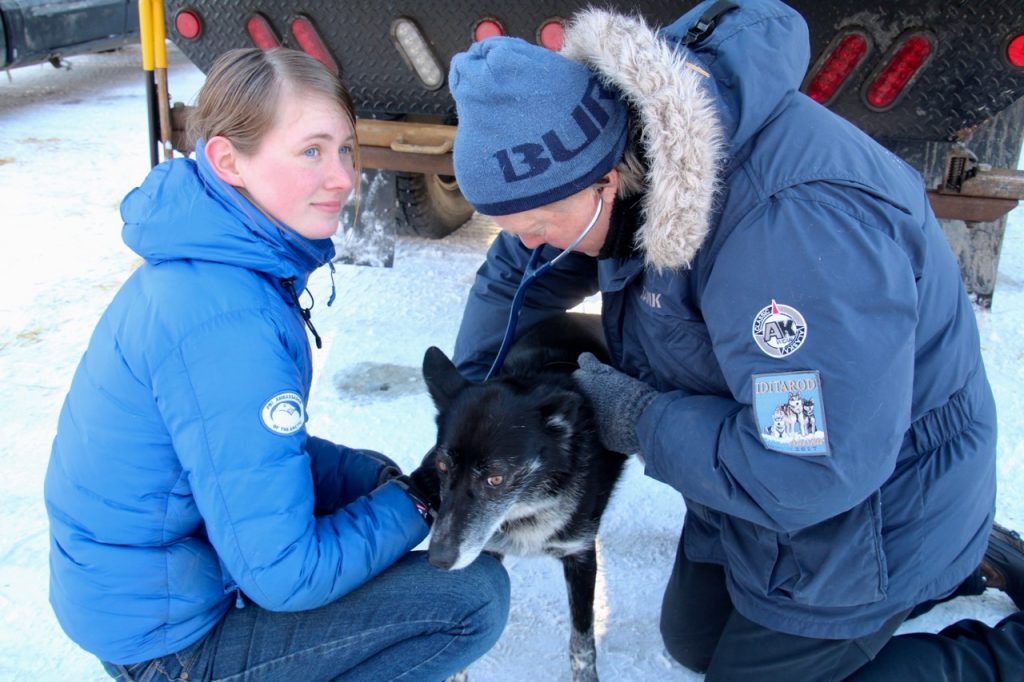 Former JR Iditarod Champion, Cim Smyth, is the 2018 Race Marshall. During Cim’s four year Jr. Iditarod career that began in 1991, he placed 7th, 2nd twice and claimed gold on his final run in 1994. As a matter of fact, the JR Iditarod was dominated by the Smyth boys for three years running. Older brother, Ramey, Claimed 5th place in 1990 then it was Cim’s turn to run the family team in 1991. When the race came around in ’92, they had enough dogs for two teams so both Cim and Ramey ran. Ramey claimed gold in ’92 and ‘93 while Cim was runner-up. Cim brought gold home the following year. Collectively the seven Smyth siblings have participated in the JR Iditarod eleven times between 1989 and 2005.

Cim is happy to be able to serve in the capacity of race marshal saying, “I have the time to give back to the race. It’s something I really enjoyed as a kid.” Smyth isn’t running Iditarod this year so he has the opportunity to be involved with the JR Iditarod, something he says he’s always wanted to do. From his previous experience with the race he knows what impact the event can have on young mushers with big dreams. Although Cim’s children are just two and fours years old, they already like mushing. He sees the JR Iditarod in their future.

The Smyth family also has a long Iditarod history. Cim has completed the Nome run thirteen times with 5th being his best finish in 2009. Brother Ramey has finished Iditarod twenty times with eight top-ten finishes including 2nd in 2011. The family involvement goes back a few years to their parents. Their father, Bud, ran in the ’73 trek to Nome and has finished four additional races earning 4th place in 1976. Their mother, Lolly Medley, was one of two women to run Iditarod in 1974. The City of Nome Lolly Medley Memorial Golden Harness Award bears her name.

Three veterinarians were on hand this morning for JR Iditarod vet check. Dr. Phil Meyer, who led the vet team this morning, has served as race veterinarian for forty years. All of the canine athletes must pass a physical to participate in the race. Musher must provide proof of up-to-date vaccinations for each of the athletes. Veterinarians are also stationed at the checkpoints along the JR Iditarod trail.

The eleven mushers will gather Friday evening for a musher meeting and bib draw. The JR Iditarod will begin Saturday February 24th at 10:00 am on Knik Lake.