The field for the JR. Iditarod has grown to eleven mushers. The teens, aging from 14 – 17 years in age, are anxious and excited to run the 150 miles from Knik Lake out to the Yentna Station Road House and then finishing at the Willow Community Center. The race is billed as the race kids beg their parents to compete in. It was a dream of young mushers that was shared around a campfire more that 40 years ago that was the impetus to seek support and start the race. The dreamer, Eric Beeman, recently shared the early days of JR. Iditarod with the editors of Alaska Magazine. Beeman’s story is included in the February issue of the publication.

Five of the eleven 2018 JR. mushers hold veteran status. All are Alaskans. Together the five veterans have completed seven previous JR. Iditarod runs. Three contestants are girls and two are guys. They’ve found their way to the sport of mushing through many different paths. 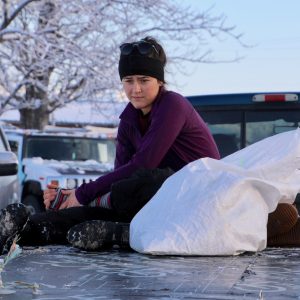 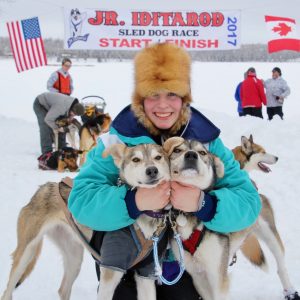 Bailey Schaeffer of Inupiaq descent was born outside of Kotzebue, Alaska but now lives in Wasilla. Her early years in Ivig were spent in a subsistence life style. Bailey says she’s been involved in the sport of mushing her entire life as her family mushed dogs as a part of their lifestyle. She’s now a senior at Mat Su Central where she enjoys running, hiking and skiing. She looks forward to attending college next year. In 2016 she placed 3rd and earned the honor of Rookie of the Year. In 2017 she claimed 4th place.

Emma Shawcroft from Fairbanks is returning for her 2nd JR. Iditarod. The seventeen year old started running dogs with a family friend about seven years ago. One of the things she finds special about running dogs is the connection she shares with all of her dogs. As a senior at Lathrop High School, Emma keeps busy with cross-country running, cross-country skiing, choir, media club and after school art classes. Her hobbies are Snow machining, drawing, painting, singing, writing, piano, soccer and hunting. Emma thanks her father for his continued support and help with the dogs. She finished her rookie JR. in third place. 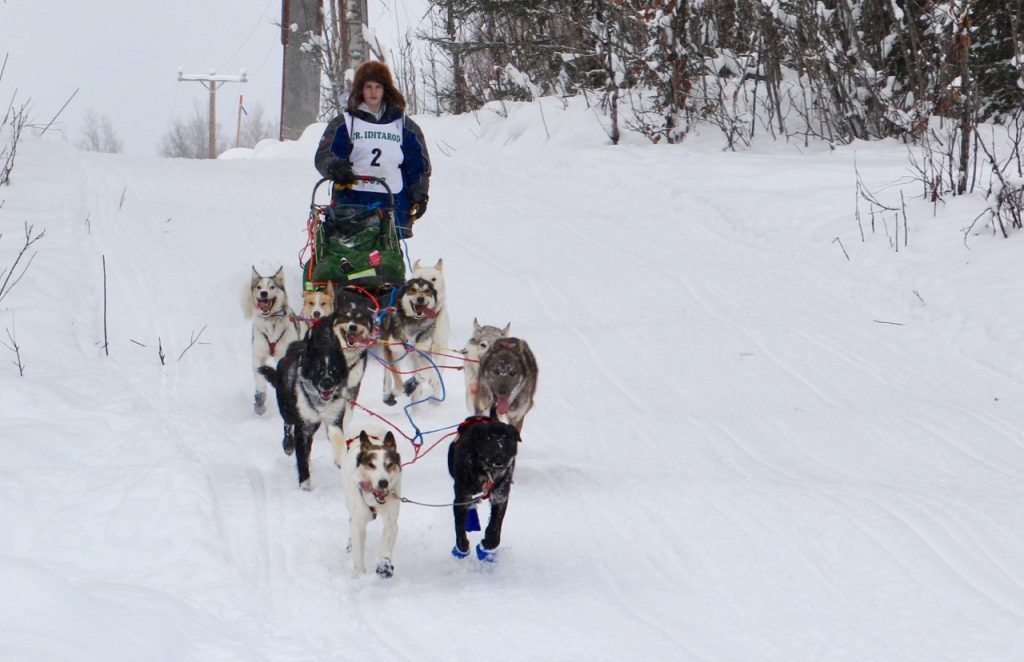 Colby Spears of Wasilla is returning for his second JR. Iditarod. He’s relatively new to the sport having just three seasons under his belt. The 2017 JR. Iditarod was his first competitive race. He finished in second place with Rookie of the Year honors. Spears likes being active in almost all sports and lists as his hobbies snowmachines, fishing and hunting. His future plans include becoming a pilot and continuing mushing dogs. Colby especially likes training lead dogs.

Sixteen-year-old Anna Stephan of Wasilla returns for her second JR. Iditarod. Her father owned dogs and got his daughters started in the sport of mushing. Anna started her mushing career seven years ago. The home-schooled sophomore enjoys running cross-country, soccer and playing the violin. While she’s not sure about her plans after high school, she does plan to continue running dogs. Anna finished her rookie JR. race in 9th place. 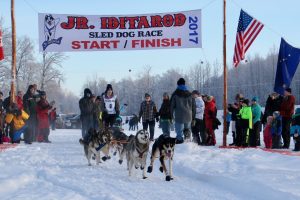 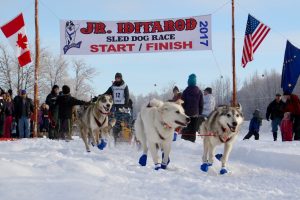 Chandler Wappett is a senior at Lathrop High School and lives in Fairbanks. He says, “I started mushing in 2011 to make good memories and spend time with dogs outside.” Wappett has two 5th place finishes in the JR. Iditarod. He participates in Cross-country running, cross-country skiing and soccer. He also likes fishing, hunting and sport in general. His plans for the future include college, medical school and mushing.

The race is set to begin at 10:00 am on Knik Lake near mile-marker 13.5 of Knik Road. The race will finish at the Willow Community Center on the Parks Highway. The musher recognition banquet to honor the mushers will commence at 6:00 on Sunday evening at the Community Center.

Stay tuned to meet the six rookie JR. Iditarod mushers in an article to follow.